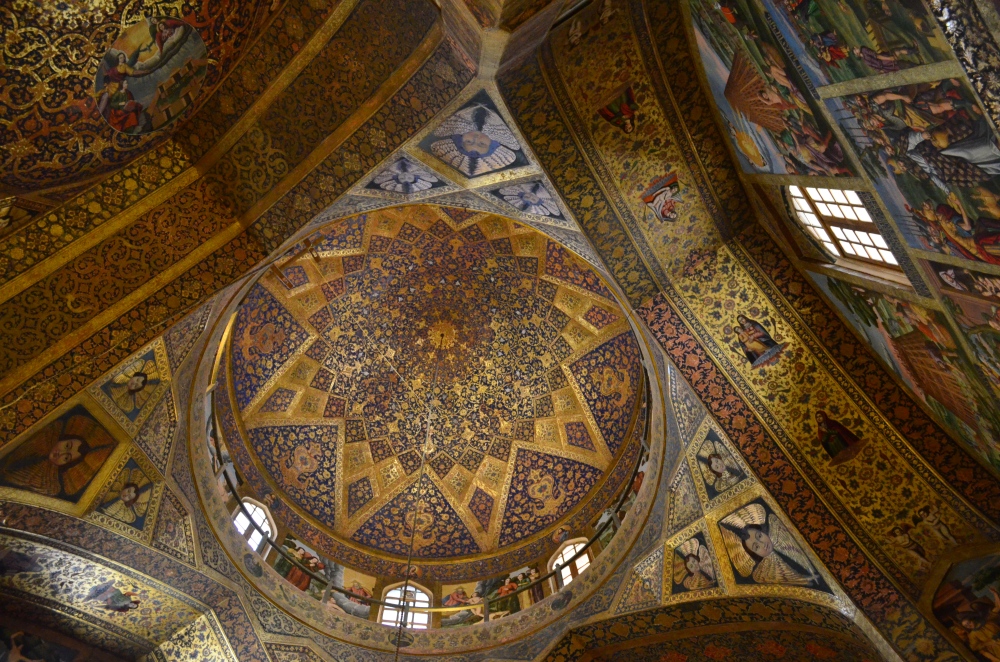 The prosperity of Armenian merchants as exporters of Iran’s silk fueled commissions of magnificent churches, chapels and mansions in 17th-century New Julfa, an urban extension of the Safavid capital at Isfahan, Iran. Armenian merchant wealth also supported scriptoria and workshops producing finely illustrated manuscripts and luxury goods to be enjoyed locally and exported via diplomatic and economic channels. This talk examines the phenomenal investment in art and architecture as an expression of the social aspirations and devotional life of New Julfa’s affluent mercantile families.

Amy Landau is Research Associate at the Freer|Sackler, Smithsonian Institution. Prior to her current appointment, she was Director of Curatorial Affairs and Curator of Islamic and South/Southeast Asian Art at the Walters Art Museum. Her work explores shifts in the visual culture of early modern Iran, with particular emphasis on interaction between Safavid Persia and Europe and the Armenian merchant community of New Julfa. Dr. Landau is the curator of numerous exhibitions, most recently Pearls on a String: Artists, Patrons, and Poets at the Great Islamic Courts (Walters Art Museum, November 8, 2015–January 31, 2016, and Asian Art Museum of San Francisco, February 26–May 8, 2016).